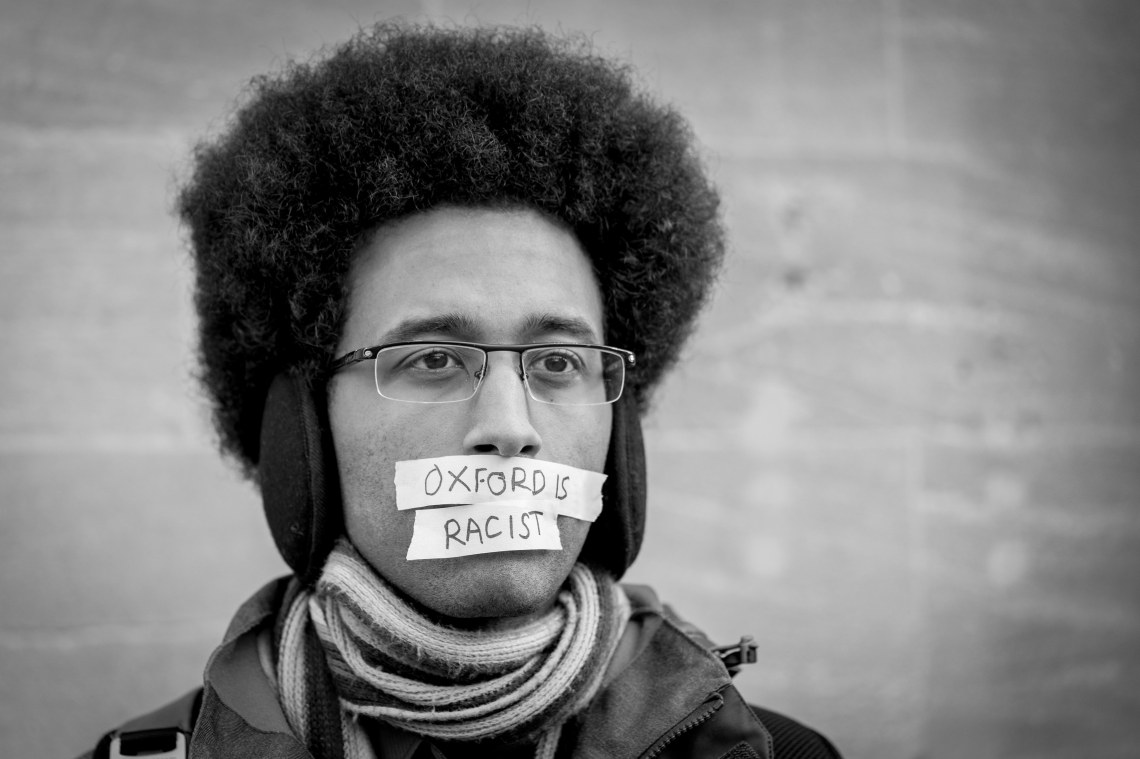 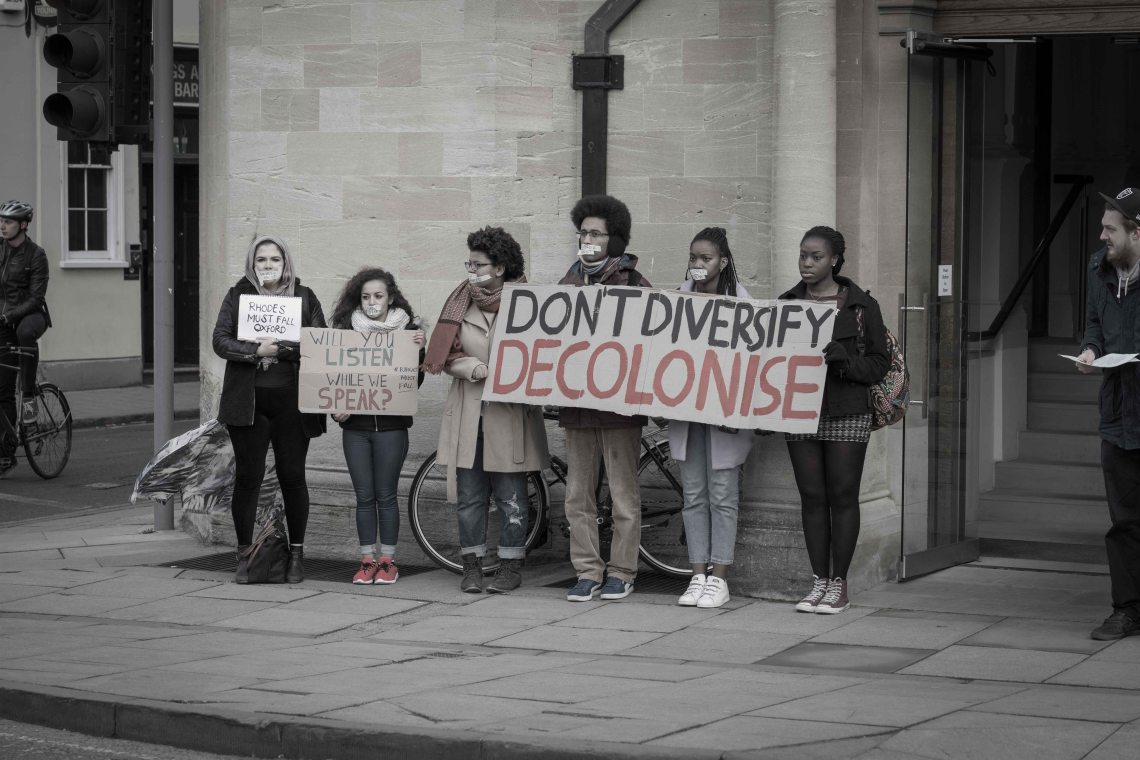 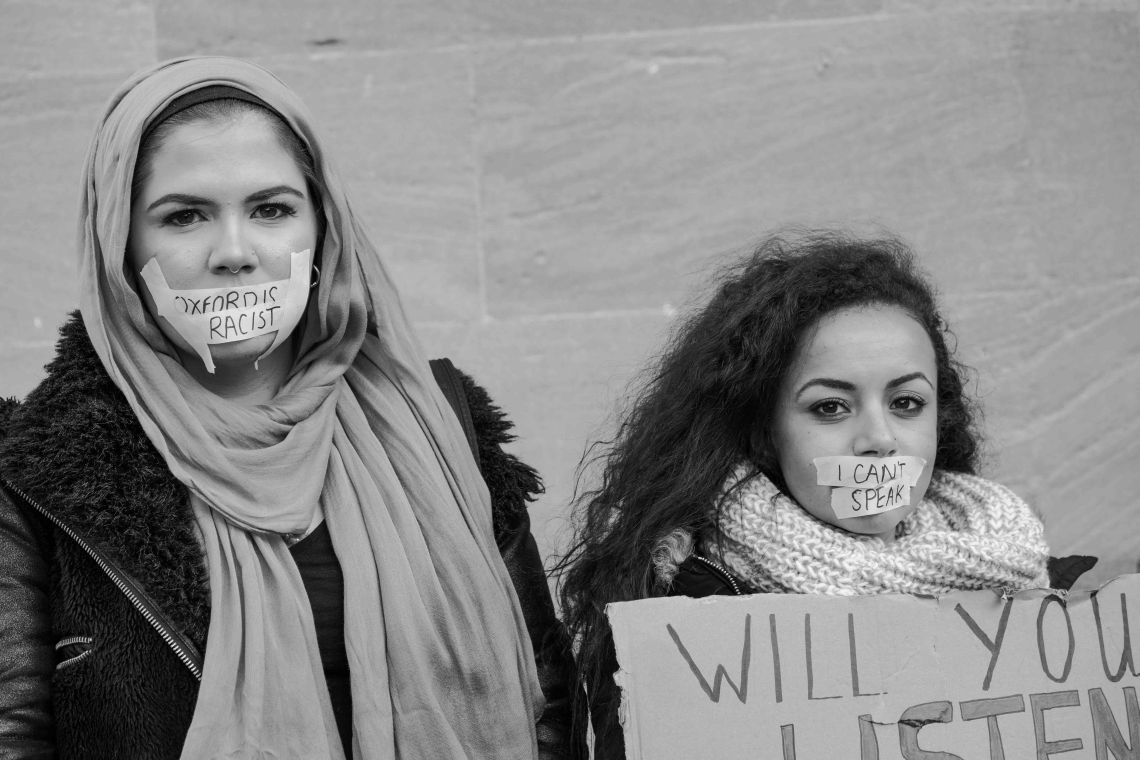 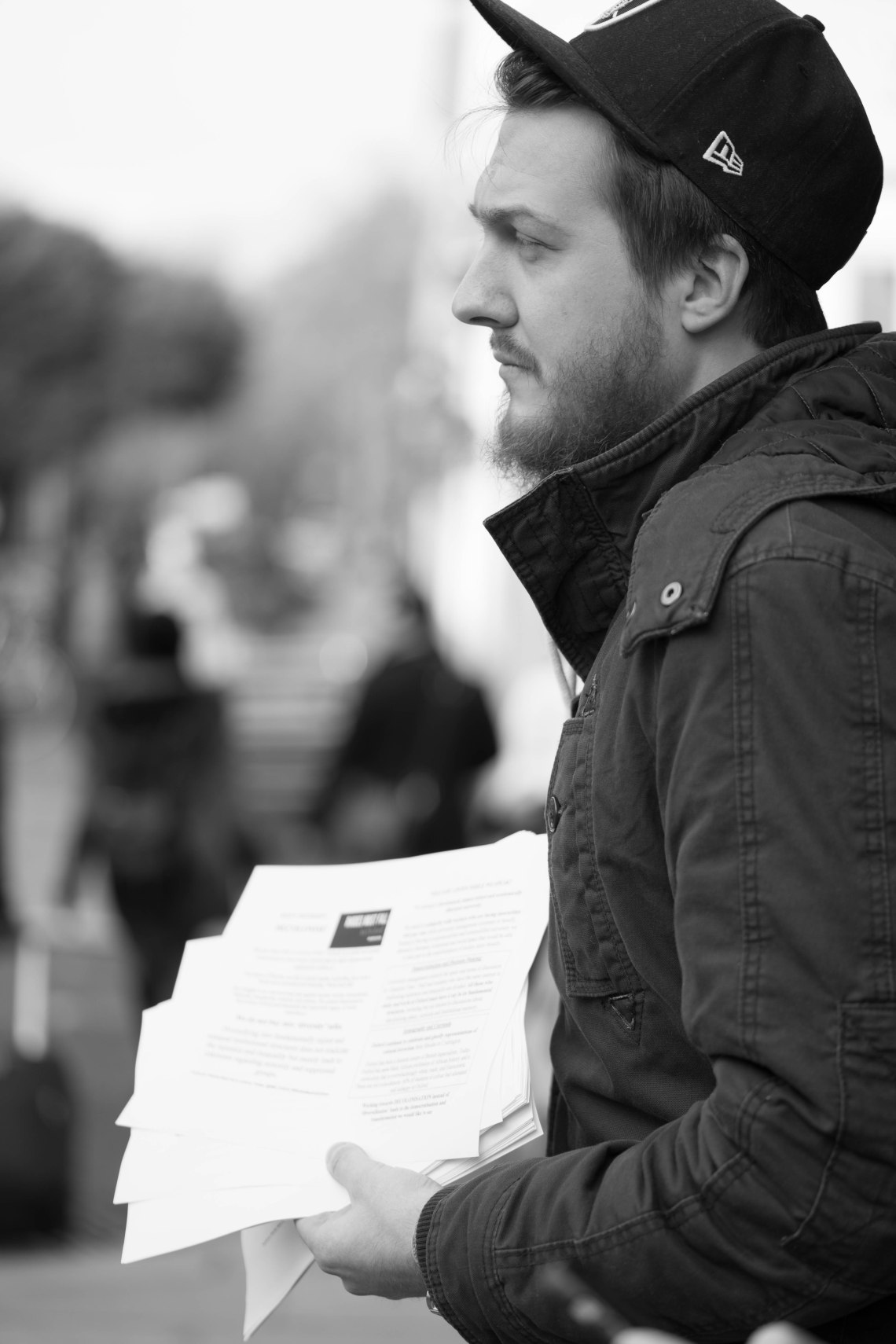 Photographs are from today’s demo outside Oxford Martin School where university staff members, including the Pro-Vice-Chancellor for Personnel and Equality (Dr Stephen Goss), Pro-Vice-Chancellor and Advocate for Diversity (Dr Rebecca Surender) and Head of Equality and Diversity (Trudy Coe), attended a Question Time event on ‘Personnel and Equality’. Question Time is a series of termly Q&A sessions open to all members of University and College staff, the aim is to give staff members a platform to talk about some of the major issues facing the university and how it affects them.

We do not buy into ‘diversity’ talks.

RMFO felt that there were several issues with this event. First of all why are the BME student and staff members which this issue of ‘diversity’ directly impacts not invited to this event and being included in the discourse? Several RMFO members attempted to enter the Oxford Martin school during this event, however security were quickly on guard and blocked their entry. What was most telling was at the end of the event when key staff members were leaving e.g. Dr Rebecca Surender, failed to address the student protesters or even acknowledge their existence.

University management controls the space and terms of discussion at ‘Question Time’. Staff and students who have the same interest in eradicating injustices and inequality are divided. All those who study and work at Oxford must have a say in its fundamental structures, including but not limited to discussions about decolonising space, curricula and institutional memory.

Secondly, RMFO wanted to make clear that the issue here is not diversity, but decolonisation. Diversifying into fundamentally unjust and unequal institutional structures does not eradicate the injustice and inequality but merely leads to tokenism regarding minority and suppressed groups. Thus we cannot have talks about the pathetic low numbers of BME academic staff members without having a conversation about the curriculum – and its Eurocentric focus.

We demand a decolonised, democratised and academically liberated university.

We stand in solidarity with workers who are facing insecurities and pay cuts whilst university management continues to benefit. Instead of having a commercialised and commodified university we demand a liberated, communal and social space that would be able to take part in the transformation of society more broadly.

Oxford has been a historic centre of British imperialism. Today, Oxford has zero black African professors of African history and a curriculum that is overwhelmingly white, male, and Eurocentric. These are not coincidences. 60% of students of colour feel alienated and unhappy at Oxford.